Ministry: 543 child marriages, including applications, in Malaysia from Jan-Sept 2020

KUALA LUMPUR, Dec 4 — 543 child marriages, including applications, were recorded in Malaysia from the first nine months of this year, with Sarawak being the state with the highest reported figures, the Women, Family and Community Development Ministry has said.

In a written parliamentary reply yesterday, the ministry said the Syariah Judiciary Department Malaysia’s (JKSM) records for Muslim couples showed that there were 520 applications for underage marriages recorded from early January to September 2020, with the highest number of such cases recorded in Sarawak (83 cases), followed by Kelantan (80 cases) and Sabah (63 cases).

The ministry however did not say how many of these applications were approved, and did not provide the number of child marriage applications by Muslims for other states.

As for non-Muslim couples, the ministry said the National Registration Department’s (NRD) records showed 23 underage marriages recorded in the same January to September 2020 period, with the highest in Sarawak (seven cases), followed by Selangor (six cases).

Again, the ministry did not provide the number of child marriages among non-Muslims for the other states.

The ministry appeared to indicate possible gaps and deficiencies in Malaysia’s official child marriage statistics, noting: “As you know, data on underage marriage recorded by various agencies differ in definitions and have different age ranges, including non-Muslim customary marriages not recorded by the NRD.”

“In relation to that, the latest data that can provide an accurate picture about marriages as a whole under the age of 18 is 2018 data based on statistics from the Department of Statistics Malaysia.

“In 2018, a total of 1,856 children were involved in marriages under the age of 18, with 1,674 of Bumiputera ethnicity, 100 of Chinese ethnicity, 20 of Indian ethnicity, and 62 from other ethnicities,” the ministry said in its parliamentary reply.

The ministry was replying to Batu Kawan MP Kasthuri Patto, who had asked for the child marriage statisics in both the civil and Shariah courts since January 2020 and their locations, as well as the progressin government’s efforts to curb child marriages and towards the seven states in Malaysia that disagreed with fixing the minimum age for marriage at 18.

What the ministry is doing about child marriages

As for the states which have resisted fixing the lowest age that one can be married at 18, the ministry yesterday said: “Since Malaysia is composed of a mutliracial society which has different customs, cultures and religions, therefore talks and engagement sessions with the relevant experts including child experts, culture experts and Syarie experts still have to be conducted to ensure views from all are taken into account in the fixing of the minimum age of marriage at 18 years old, especially in states that have yet to agree.”

Previously, in a November 17 written parliamentary reply to Muar MP Syed Saddiq Syed Abdul Rahman, the ministry had also said that the fixing of the minimum age of marriage is also subject to the powers of the state Islamic religious councils.

In that reply, the ministry said it was committed to continue efforts to tackle child marriages, stating that it was holding on to the principle that children should be given a chance to realise their full potential, in line with Malaysia’s obligation to the United Nations’ Convention on the Rights of the Child.

“Marriage at a young age contravenes with the principle of child development and should be avoided as it can affect the child’s rights to education, reproductive health, emotional and mental health,” the ministry had said.

Which are the seven states refusing to revise laws?

In a parliamentary reply on November 19, 2019, the ministry said only Selangor had changed its state laws to fix the minimum marriage age at 18 and that the Federal Territories was in the process of doing so, while the five states of Penang, Sabah, Johor, Melaka and Perak had agreed to do so, while seven states (Sarawak, Pahang, Terengganu, Perlis, Negri Sembilan, Kedah and Kelantan) do not agree with amending the related laws.

As for marriage laws relating to non-Muslims, ministry had in the November 2019 reply said that the Home Ministry said there was “no need” to change the minimum marriage age in the Law Reform (Marriage and Divorce) Act 1976, as the existing law there already provided for the minimum marriage age for both male and female at 18, but with exceptions allowing girls aged 16 and 17 to marry if permitted by a state’s chief minister or menteri besar. 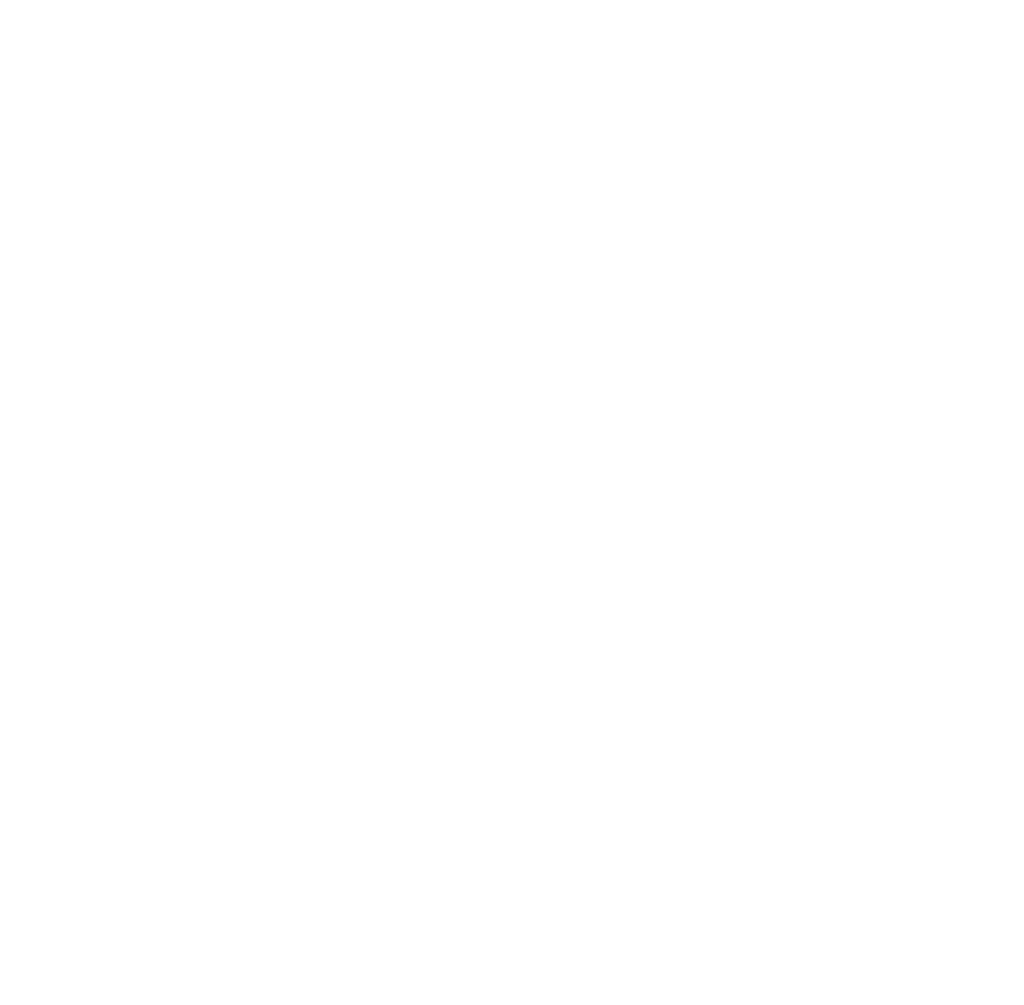 Epilepsy Safe Mode
Dampens color and removes blinks
This mode enables people with epilepsy to use the website safely by eliminating the risk of seizures that result from flashing or blinking animations and risky color combinations.
Visually Impaired Mode
Improves website's visuals
This mode adjusts the website for the convenience of users with visual impairments such as Degrading Eyesight, Tunnel Vision, Cataract, Glaucoma, and others.
Cognitive Disability Mode
Helps to focus on specific content
This mode provides different assistive options to help users with cognitive impairments such as Dyslexia, Autism, CVA, and others, to focus on the essential elements of the website more easily.
ADHD Friendly Mode
Reduces distractions and improve focus
This mode helps users with ADHD and Neurodevelopmental disorders to read, browse, and focus on the main website elements more easily while significantly reducing distractions.
Blindness Mode
Allows using the site with your screen-reader
This mode configures the website to be compatible with screen-readers such as JAWS, NVDA, VoiceOver, and TalkBack. A screen-reader is software for blind users that is installed on a computer and smartphone, and websites must be compatible with it.

We firmly believe that the internet should be available and accessible to anyone, and are committed to providing a website that is accessible to the widest possible audience, regardless of circumstance and ability. To fulfill this, we aim to adhere as strictly as possible to the World Wide Web Consortium’s (W3C) Web Content Accessibility Guidelines 2.1 (WCAG 2.1) at the AA level. These guidelines explain how to make web content accessible to people with a wide array of disabilities. Complying with those guidelines helps us ensure that the website is accessible to all people: blind people, people with motor impairments, visual impairment, cognitive disabilities, and more. This website utilizes various technologies that are meant to make it as accessible as possible at all times. We utilize an accessibility interface that allows persons with specific disabilities to adjust the website’s UI (user interface) and design it to their personal needs. Additionally, the website utilizes an AI-based application that runs in the background and optimizes its accessibility level constantly. This application remediates the website’s HTML, adapts Its functionality and behavior for screen-readers used by the blind users, and for keyboard functions used by individuals with motor impairments. If you’ve found a malfunction or have ideas for improvement, we’ll be happy to hear from you. You can reach out to the website’s operators by using the following email portaladmin[at]esyariah[dot]gov[dot]my

Our website implements the ARIA attributes (Accessible Rich Internet Applications) technique, alongside various different behavioral changes, to ensure blind users visiting with screen-readers are able to read, comprehend, and enjoy the website’s functions. As soon as a user with a screen-reader enters your site, they immediately receive a prompt to enter the Screen-Reader Profile so they can browse and operate your site effectively. Here’s how our website covers some of the most important screen-reader requirements, alongside console screenshots of code examples:

We aim to support the widest array of browsers and assistive technologies as possible, so our users can choose the best fitting tools for them, with as few limitations as possible. Therefore, we have worked very hard to be able to support all major systems that comprise over 95% of the user market share including Google Chrome, Mozilla Firefox, Apple Safari, Opera and Microsoft Edge, JAWS and NVDA (screen readers), both for Windows and for MAC users.

Despite our very best efforts to allow anybody to adjust the website to their needs, there may still be pages or sections that are not fully accessible, are in the process of becoming accessible, or are lacking an adequate technological solution to make them accessible. Still, we are continually improving our accessibility, adding, updating and improving its options and features, and developing and adopting new technologies. All this is meant to reach the optimal level of accessibility, following technological advancements. For any assistance, please reach out to portaladmin[at]esyariah[dot]gov[dot]my